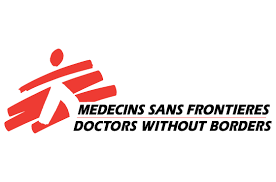 Alan Scheib, 78, died at home on April 3, 2021 in Weston, Florida. Originally from Poughkeepsie, NY, he made New York City his home from college at New York University through meeting and marrying his wife of 55 years, Louise. Moving to Columbia, Maryland in 1974, he and Louise raised two children there. After moving to Atlanta, Georgia, he came to Florida in 1999, spending the last 22 years of his life, including an almost decade-long diagnosis of leukemia, in Weston. Along with Louise, he is survived by his sister, two children, and one grandchild.

Alan’s career was spent in the field of primary metal manufacturing, including running the Frederick, Maryland aluminum smelter of Eastalco (later Alcoa) as Comptroller for 15 years. As the representative for the multinational owners of the smelter, he traveled the world, discovering and sharing the practices of excellence in creating the materials we all rely on every day. Alan was noted for both being an advocate for successful management of a manufacturing facility (such as negotiating new state laws to allow more favorable power pricing for Eastalco), especially during decades of cost pressure due to globalization, while continuing strong connections with the unionized workers who worked in the plant. Notably, he was responsible for building a softball field at Eastalco that was enjoyed by management and union employees together for many years.

Alan loved sports, playing in many softball leagues (often, several simultaneously) in his youth and beyond. His speed and ability to direct hits to any part of the field he chose were renowned in his league. Later in life, he enjoyed bike touring, exploring Florida’s paths and trails. He loved baseball games and classical music, enjoying both in person for many years before eventually relying on virtual versions near the end of his life.

He was a tireless advocate for justice in Florida and nationally. He supported the Florida ACLU, including service on its board, for over 15 years. He devoted boundless energy to legal changes that would allow felons to vote in the state of Florida. And he supported LGBTQ+ rights through legal advocacy, marches, tabling, and one-on-one persuasion whenever possible. He served as treasurer and on the board of Epworth Village Retirement Community for over 15 years.

There will be no funeral service, however, for those inclined, a contribution may be made to one of the places that meant a great deal to Alan: ACLU, DOCTORS WITHOUT BORDERS, AMNESTY INTERNATIONAL. See below.

Alan will be missed dearly by family, friends, and the many others his life touched throughout his many years.

To send flowers to the family or plant a tree in memory of Alan Joel Scheib, please visit our floral store.

No services to be held