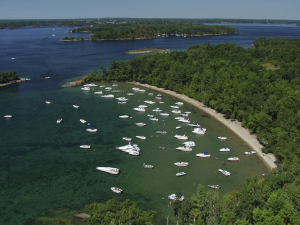 On Wednesday, December 2, 2020, Frederic “Ted” Delano Fitter, a loving husband, father, and grandfather, passed peacefully at the age of 69 surrounded by his wife, Milu, and three sons.

Ted was born on December 12, 1950 in Rochester, NY to Charles “Bud” and Margaret “Peggy” Fitter. He grew up in nearby Penfield and attended Penfield High School, where he met some of his closest life-long friends. He received his undergraduate degree from Ohio Wesleyan University before setting off on a career that spanned the United States.

With his first wife, Deborah “Maggie” Fitter (Maged), Ted had three sons, Edward “Ned”, Owen and David, and settled in Ellicott City, MD. Ted later moved to Florida where he met and married Miluska Fitter (Washell) on January 26, 2013 in Fort Lauderdale, FL. He had been involved with volunteer work for the March of Dimes when in Penfield and continued his volunteer work in Florida in support of abused women’s shelters.

Ted was the ultimate salesman, working hard for his clients and customers.  His career in travel and incentive sales began with organizing exciting trips for people and groups, then consulting and implementing corporate business strategies. Later in his career, he launched his own Executive Search company, focused on facilitating the right match of talent and business, a model designed to maximize the mutual success of the business and the individual. Nothing made him happier than giving people and businesses the means to reach their full potential.

Ted loved being at the family cottage on Grindstone Island in the 1000 Islands. From early childhood, the St. Lawrence River was a playground for water skiing, boating, sailing and swimming with family. In winter he turned to skiing for fun. Following college, he even spent a season in Utah so he could ski the fresh powder every day. His love of skiing was passed on to his children.

Ted was preceded in death by his parents and his sister, Kathy. He is survived by his wife, Milu, his sons, Ned, Owen and David, his sister, Betsy, his brothers Rob and Chad, daughters-in-law, sisters-in-law, grandchildren, nieces and nephews.

A virtual service will be held on Sunday, December 13, 2020, followed by burial services in the coming year.

In lieu of flowers, donations can be made to the Thousand Island Land Trust or the Lewy Body Dementia Association.

To send flowers to the family or plant a tree in memory of Frederic Delano Fitter, please visit our floral store.

You can still show your support by sending flowers directly to the family, or by planting a memorial tree in the memory of Frederic Delano Fitter
Share a memory
© 2021 Brooks Cremation & Funeral Service. All Rights Reserved. Funeral Home website by CFS & TA | Terms of Use | Privacy Policy