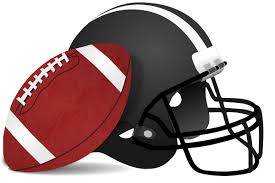 On January 28, 2021, Jack Richard Jensen, a loving husband, father, brother, uncle, and friend passed away at the age of 69. He was surrounded by his wife and son.

Jack was born in Sandusky Ohio on November 28, 1951. He was the first born to Wayne and Alyce Jensen. The oldest of 6 kids. In 1961 the family moved to Miramar Florida where he grew up. As a young boy he became involved with the Civil Air patrol at North Perry Airport.

He had a passion for airplanes and cars. He is an alumni of McArthur High School in Hollywood Florida and graduated in 1971. As a teen and adult, he loved his football (Miami Hurricanes and Miami Dolphins) and muscle cars. He had a Triumph sports car, a Chevelle, GTO Judge, a Trans am, and his latest, a Camaro Z28 SS convertible.  He worked at Engineering Inspection Unlimited in Fort Lauderdale.  He spent his spare time working on cars. That was his form of relaxation.

To send flowers to the family or plant a tree in memory of Jack Richard Jensen, please visit our floral store.

You can still show your support by sending flowers directly to the family, or by planting a memorial tree in the memory of Jack Richard Jensen
Share a memory
© 2021 Brooks Cremation & Funeral Service. All Rights Reserved. Funeral Home website by CFS & TA | Terms of Use | Privacy Policy