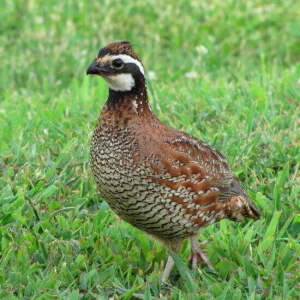 John J Makos III, 77, a long-time resident of Ft Lauderdale, died on September 28, 2021, at an assisted living facility in South Florida. The cause was complications of Lewy Body Dementia.

Raised in Dracut, Massachusetts, John was the son of the late John J. Makos and Rosemary (McKee) Makos. John graduated with a B.S. degree from the University of Massachusetts in Amherst and left the university years later with an M.S., and all but his doctoral dissertation in genetics. As part of his studies, he crossed a chicken and a quail, which lived long enough for the experiment to be included in biology textbooks. Animals were one of his great loves, as a child and then as an adult. He devoted many hours at his Ft. Lauderdale home breeding birds and rabbits and developed a specialty in raising miniature pinschers, which were sought after by people who showed dogs professionally.

After college John worked at the Salk Institute in Southern California doing research on male contraceptives. Declining an offer to run the lab there, he returned to South Florida to teach biology to nursing students at Broward Community College. He was known for his lively manner in front of the classroom, and for his tough grading. After several years, he turned his attention to real estate, operating a thriving Century 21 franchise in the Las Olas section of Ft. Lauderdale with his long-time partner and lover, Tom Pospeshil, who died in 1993. John earned a reputation in the profession for excellent service and developed a loyal following of friends over real estate transactions, among them Linda and Bud, Claire, and Ty and Charlie.

John retired from real estate in the early 2000s and spent his time enjoying travel (he especially loved the African safari) and hosting “push” card parties and other social events at his house. He loved to entertain! A lifelong singer, he also was a member of the Gay Men’s Chorus in Ft.  Lauderdale for many years.

Although John’s health had declined over the past few years, he had settled into assisted living and enjoyed visits from his local friends, especially from “Florida Linda” and Claire, whose frequent and loyal attention always put a smile on John’s face. He also maintained phone friendships with long-time friends, notably from Janyce (in Pennsylvania), Lorraine (in Massachusetts) and George (in Orlando).

John is survived by his devoted sister, Linda Hamilton, and brother-in-law, Jim Hamilton (from New Jersey); a niece, Cherie Witherspoon, her daughter Michaela Witherspoon and husband Christopher (from Alaska); a nephew, Jonathan Witherspoon (from Las Vegas); and a niece, Kendra Cahill and her husband Jeremy (from Nashua, NH). John also had a brother, Jeffrey L Makos, who died in March of 2020 and a nephew, Jeffrey L. Makos Jr., who died In July of 2021. Jeff senior’s wife, Linda Makos, also survives John and lives in Dracut, along with her daughter, Cheryl Vallante (another daughter, Dawn Sylvestre, died in 2019).

John was known for his keen mind, dimpled smile, and irreverent sense of humor. He was a success in his studies, a success in real estate and a success in maintaining loving friendships.

Everyone who knew him will miss him. He will be cremated, and a private memorial event will be held at a later date.

At last, after a brave battle with his illness, John is at peace.

For those who want to remember John, donations can be made to the Animal Welfare Institute, 900 Pennsylvania Ave. SE, Washington, DC 20003 www.awionline.org or to St. Jude Children’s Research Hospital, www.stjude.org  Please visit the Guestbook.

To send flowers to the family or plant a tree in memory of John J Makos, III, please visit our floral store.

A Memorial Tree was planted for John

Join in honoring their life - plant a memorial tree

You can still show your support by sending flowers directly to the family, or by planting a memorial tree in the memory of John J Makos, III
Share a memory
© 2022 Brooks Cremation & Funeral Service. All Rights Reserved. Funeral Home website by CFS & TA | Terms of Use | Privacy Policy | Accessibility