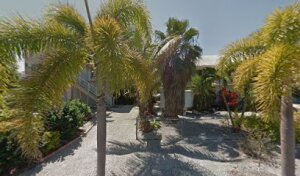 On Tuesday March 16, 2021, Russell C. Bower Jr, loving father of Colleen, Sheila and Russell passed away at the age of 81. He was born in Philadelphia on December 27, 1939 to Russell and Florence (Wisham) Bower. Russell was a long time resident of Summerland Key, Florida.
He is survived by his daughters, Colleen (Bower) and Robert Kelly, Sheila (Bower) and Daniel D’Agostino, and Russell and Dana (Wissow) Bower. He is also survived by eight grandchildren, Kevin, Nicole, and Ryan Kelly, Dana and Daniel and Ashley D’Agostino, and Joshua, Sarah, and Samuel Bower. He also had three great grandchildren, Keegan, Declan, and Averie D’Agostino.
He graduated from Germantown High School and attended Drexel University as an engineering major. He owned his own company, Bower Associates, as well as being one of the founding owners of Franklin Computer Corp. in the early 1980’S
Russ moved to Summerland Key, Florida in 2003 to live out his golden years in “paradise” as he would describe the Keys. He made many good friends there and they will miss him as their neighbor.
DO NOT SEND FLOWERS TO THE FUNERAL HOME AS OUR FACILITY IS NOT HAVING SERVICES
SEND THEM TO THE FAMILY.

To send flowers to the family or plant a tree in memory of Russell Charlesworth Bower, please visit our floral store.

You can still show your support by sending flowers directly to the family, or by planting a memorial tree in the memory of Russell Charlesworth Bower
Share a memory
© 2021 Brooks Cremation & Funeral Service. All Rights Reserved. Funeral Home website by CFS & TA | Terms of Use | Privacy Policy