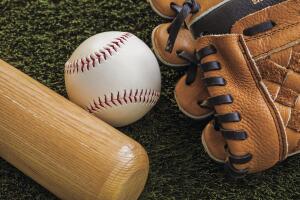 After a brave battle with cancer, Stephen Paul Schmergel passed away September 10, 2021, at home in Pembroke Pines, Florida, surrounded by his loving family and friends.
Stephen was born December 18, 1951 in Manhattan, New York, and raised in Long Island, New York.
He is survived by his loving wife of 47 years, Yvonne Schmergel, née Schauseil, three children Ava (Sid) Burnside, Stephanie Schmergel and Danielle Schmergel; his beloved cousins Peter (Stephanie) Schmergel, William (Gay) Schmergel, John (Valerie) Schmergel and Paul (Jenee) Schmergel. He was preceded in death by his parents Stephen Schmergel and Martha Murphy, née Ferenci, and his uncle and aunt, Paul and Patricia Schmergel, née O'Brien.
Stephen is lovingly remembered by Yvonne’s large extended family, including his brother-in-law Richard Schauseil, sister-in-law Christine (Julio) Zambrano, nephew Sean (Marie) Schauseil, and a host of deeply cherished friends.
Stephen was above all a family man, fiercely devoted to Yvonne and his daughters. He loved to celebrate the milestones of their lives with dinners out and bouquets of yellow, white, osiana, and red roses. A lifelong competitive sports fan who knew all the sports channels by heart, Stephen cheered on his wife and daughters with the same zeal as a coach, encouraging them to take risks and go for their dreams and ambitions.
Starting his career in the hospitality industry at Tavern on the Green and Four Seasons in NYC, Steve was a popular manager and professional in some of South Florida’s most well-known restaurants, including the iconic Newport Pub, Shells Seafood Restaurants, the Beverly Hills Cafe, the Rustic Inn Crab House and Villa Rose Pizza.
As a consummate foodie, Stephen was always up for trying new local hotspots and frequently treated friends and family to some of his favorite places, including Joe’s Stone Crab, Capriccios, Bogarts, Sonny's, and Siam Cuisine.
Stephen was an only child who lost his parents at a young age. His cousins became his brothers in the truest sense. His circle of friends only grew larger with every passing year, drawn to Steve’s compassion, his hard-earned wisdom and his wildly self-deprecating, cynical New York City humor.
An animal lover, Steve also opened his heart and home for many rescued dogs.
Stephen was a caring and generous friend. His buddies repeatedly say of Steve, “He would give you the shirt off his back.”  He never judged anyone, accepting people as they were. His zest for life, his loyalty to the New York Yankees and his passion for music, live concerts and knowledge of the most iconic bands of all generations were contagious.
Steve had a big heart and would do anything to lend a hand to anyone in need. He lived a life of service, touching countless lives even more than he knew.

Please check back for a link to a live cast of the services or live video in the near future.

To send flowers to the family or plant a tree in memory of Stephen Paul Schmergel, please visit our floral store.

You can still show your support by sending flowers directly to the family, or by planting a memorial tree in the memory of Stephen Paul Schmergel